“We set out with a clear vision to create a world-class waterfront destination on par with other gateway cities and we are proud to have achieved this, thanks to the commitment of our team and
project partners," said Scott Pritchard.

We are incredibly proud to support our local businesses as well as first-to-market retailers as they open after a challenging few months. During this crucial time as New Zealand moves to restart its economy after lockdown, I encourage people to support these retailers and food operators. 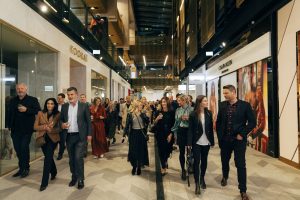 The vibrant open-air laneway-based retail environment, designed by Warren and Mahoney in association with NH Architecture and built by Fletcher Construction, has been created as an
extension of the city and pays homage to its rich history; combining modern, airy architectural spaces with elements of the city’s historic design.

Ngāti Whātua Ōrākei gifted Commercial Bay’s Civic Steps – the precinct’s primary entrance and a key gathering and meeting space – with its name of Te Reo Pōwhiri, which reflects the importance of the traditional process of tikanga Māori, and links to the open and hospitable nature of Māori and New Zealand culture. 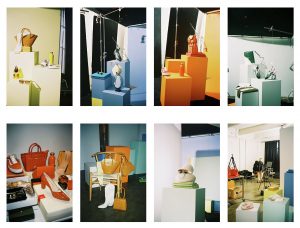 It has been crucial for us to understand and honour the past, working with iwi and our designers, Warren and Mahoney, to reinstate Commercial Bay as the centre of activity, trade and commerce in the city.

Commercial Bay is open now, with retailers open between 9am and 6pm, and Harbour Eats open from 7am until 10pm. Select restaurants and bars will be open until midnight.