Kenzo Takada, 81, has died due to contracting COVID-19 in Paris.

Takada broke into the Paris fashion scene in the 1970s, and has since made an everlasting mark.

Kenzo, his namesake label, boasted bright colours and jungle prints - something that was less commonly seen in streetwear styles in Paris. Along with this, Kenzo took inspiration from his Japanese background, creating designs that were a hybrid of French and Japanese culture. Thus, being a brand that is very true to himself as a designer. 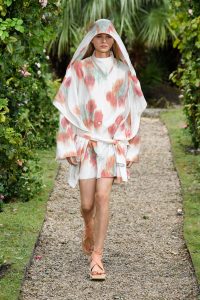 Takada was not only a fashion designer that disrupted the fashion industry, he went on to create his line of perfumes and skincare products which were also a great hit.

Takada was amongst the first intake of male students for a previously all-female fashion college; Bunka Fashion College. After completing his studies, he left Japan and ended up in Paris for a mindless visit in 1964.

Love is always in the air in Paris, and for Takeda, this was unironically the case. He met his partner in Paris and decided to settle in a city he described bleak and dismal.

Takada produced his first collection from cheap fabrics from a Montmartre market and later set up his own design house in Place des Victoires.

Takada was and is undoubtedly one of the most influential fashion designers for his time, taking inspiration from two very distinct cultures and settling in Paris - a place where he knew no one nor the language.