Following the September debut, Vans are proud to launch the second instalment of their collaboration with The Museum of Modern Art (MoMA).

A diverse selection of work by these artists has been thoughtfully translated onto Vans Classic Footwear and apparel styles.

"Our collaboration with MoMA is a true partnership that involved working together to select both the works and footwear to ensure an authentic connection between the art and the canvas footwear models we chose,” said Angie Dita, Vans Head of Global Footwear Design for Lifestyle Footwear.

"Faith Ringgold worked closely with both the Vans design and MoMA teams to story-tell through the details, bringing in quilted borders to contextualise her work atop Vans." 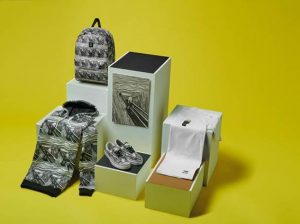 Edvard Munch, whose best-known work, ‘The Scream 1895’, captures the “infinite scream of nature” and angst. A print version of this work has been carefully captured on each of the canvas panels of the Vans Era in a repeat pattern that can also be found on the Old Skool backpack, short sleeve tee and pullover hoodie. 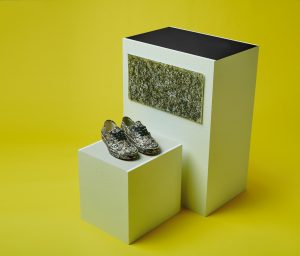 Jackson Pollock was a pioneer of action painting, flinging and pouring ropes of paint onto his surfaces in a decidedly physical way. Pollock’s ‘One: Number 31, 1950’ has transformed the Vans Authentic with an all-over application atop the canvas and across the sidewalls. 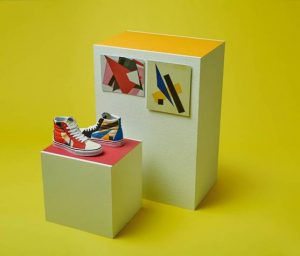 Popova approached painting as an act of “construction” using colour, line and shape to create dimensional work that expressed movement and dynamism. For the Vans MoMA collaboration, Popova’s ‘Untitled, 1917’ has been applied to the Vans Sk8-Hi using each medial and lateral side to translate her avant-garde vision across the hi-top model. 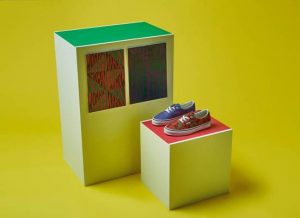 Faith Ringgold is an acclaimed painter, writer, sculptor, performance artist, educator and activist whose body of work highlights her experiences with racism and social injustice. Vans and MoMA. Curators worked closely with Ringgold to uplift her feminist poster art including ‘Woman Free Yourself 1971’ which brings bold type to the left side of the Vans Era while ‘Freedom Woman Now 1971’ poster art has been applied to the right side to form the affirmative demands that were called during the arrest of Angela Davis. Ringgold’s powerful words can be found on a reversible bucket hat and long sleeve tee.