Tom Munday moved to Auckland from Christchurch for bigger and brighter job opportunities. He attended Whitecliffe College, where he was able to thrive as an artist.

When asked how he got into fashion, Munday recalled his experience in primary school during mufti-day.

“I remember one teacher of mine would host pageants on mufti-day, and everyone would vote for the best dressed,” said Munday. “I would always win the boys category, so maybe that’s where it all began.”

During high school, Munday used clothing as a form of self-expression and allowed him to find his individuality and passion for clothing.

“I took accounting classes in the hopes of one day being rich, but quickly became very bored and switched to a textiles class. It was there that I found my love for making clothing.”

The most valuable thing Munday learnt during his training was the importance of ethical clothing and the impacts of the production of clothing on the environment. During his youth, Munday did not know or care for the effects that big fashion industries had on the world, however, Whitecliffe opened his eyes to the negative impacts of capitalism and he has prioritised it ever since.

“It is through the fear of seeing these effects that I have rearranged my core values towards shining more light on changing the industry.”

Munday based his graduate collection on a narrative to completely “embody and flesh out the clothing.” A narrative allowed him to gain complete artistic freedom to create anything they want, within reason.

“You need a broad cast of characters in a movie to stop it from becoming boring, and I treat my collection the same. This year my collection follows the story of a post-apocalyptic oligarchy that cannot give up their ego-fueled garbs, so they refashion them out of trash.” 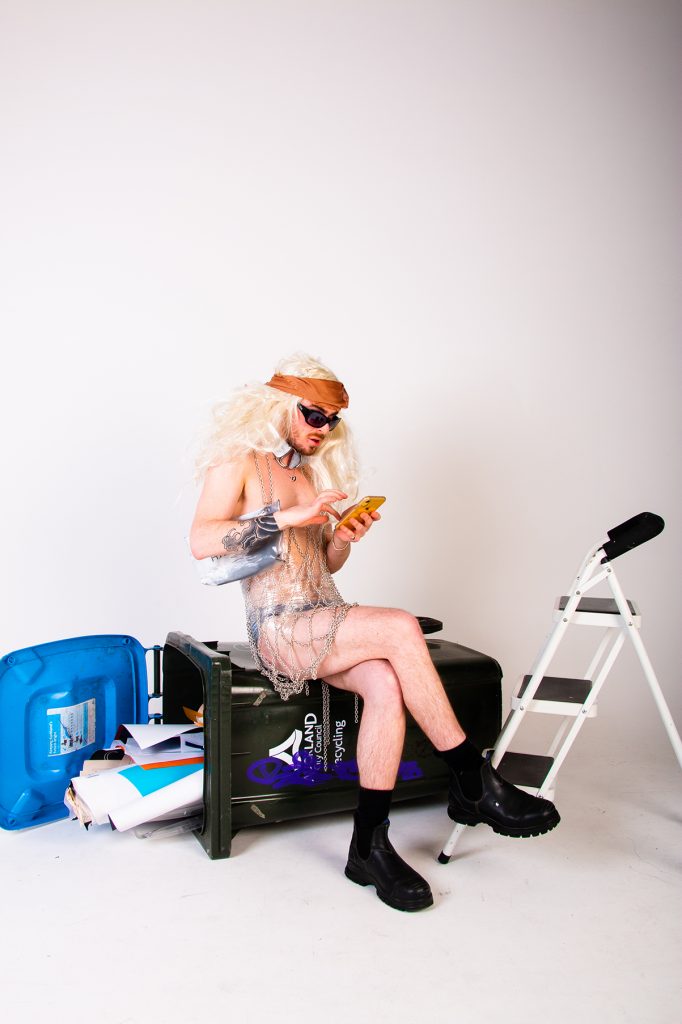 The collection featured nine looks, with the models playing characters like the queen and the queen’s butler. Basing his collection on a story gave him the freedom to explore clothing based on characterisation. The biggest highlight for Munday saw all his characters come to life on the runway.

“With a myriad of backstage changes and plenty of props, I have never felt prouder of myself witnessing all nine looks I created.”

The fabrics used in Munday’s collection were specifically chosen to represent the narrative. From vinyl and foam to upholstery fabrics which comment on consumerism, upcycling and decorating waste fabric, he described his collection as resembling old, vintage couches.

Kurt Vonnegut’s novel, Cat’s Cradle inspired this collection and represented a satire of the west, post-WWII. Vonnegut’s ability to mask a severe metaphor behind irony and jokes led Munday to create his collection based on storytelling and dark humour.

Munday has never been one to take thing too seriously, so when he decided to combat the issue of consumerism, he used his beliefs of ethical clothing and love of storytelling when presenting his looks.

He believes that sewing is an invaluable skill for designers, even though it is tedious and backbreaking. However, he prefers designing and pattern drafting as the outcome is much more satisfying, especially that feeling of finally figuring out how to draft a design.

“Construction is a real bore to me. Things go wrong too often, and I hate the underwhelming feeling of a final garment, not looking how you expect. However, there is much that can be learnt from a cloth when sewing and handling it.”

Munday explained that designers must build a relationship with the garment through sewing. Sewing has been a difficult skill to master for Munday, which is why he rarely incorporated it in his collection this year.

“There have been many times where I have wanted to achieve something with a design and come to realise that I don’t have the necessary skill to sew it. For example, lightweight silk can be unforgiving if you don’t know how to handle it.”

Munday currently interns at Taylor Boutique and Black Magazine, and he has learned valuable lessons about the industry like how vital relationships and networking are. He finds that the biggest challenge in the industry is the overwhelming amount of talent in New Zealand and the lack of jobs for that talent. However, Munday isn’t planning on starting his brand anytime soon as he would instead gain further experience in the industry and learn all the tips and tricks to help him in the future.

“The biggest opportunity for me is the growing need for designers who utilise and have knowledge of sustainable practices. My generation has a lot more to offer the industry, and I would love to advise existing companies on the complexities of sustainability,” he said. 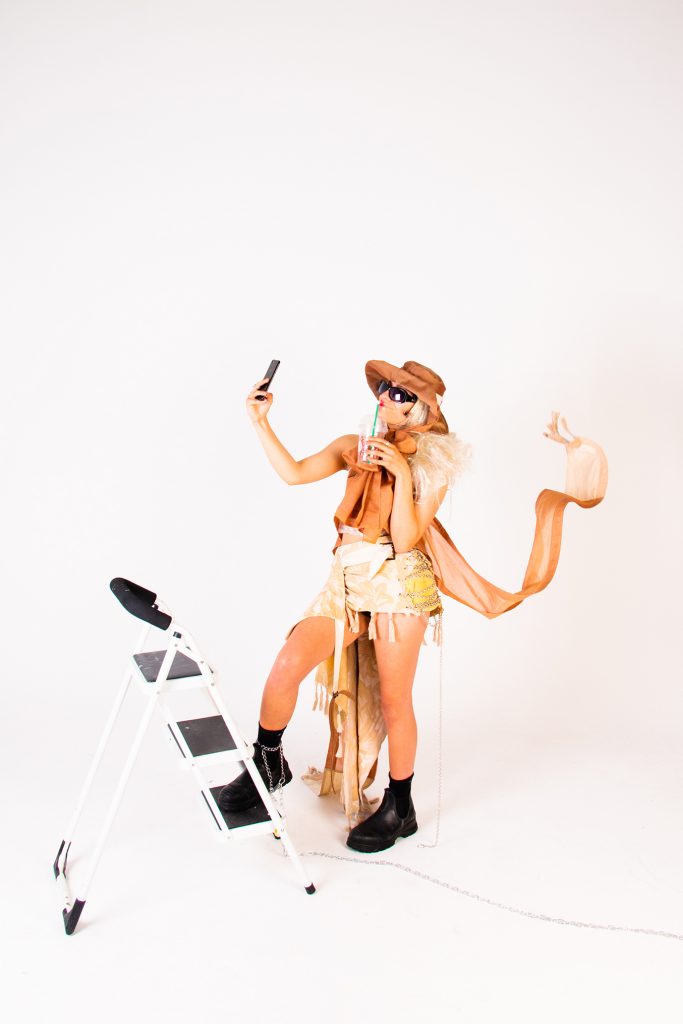