Versace’s head of sneaker design, Salehe Bembury, has teased a new Versace x Apple sneaker on Instagram. The shoe is a throwback to the rare Apple sneaker given to Apple employees in the 90s, thought to be produced by adidas. 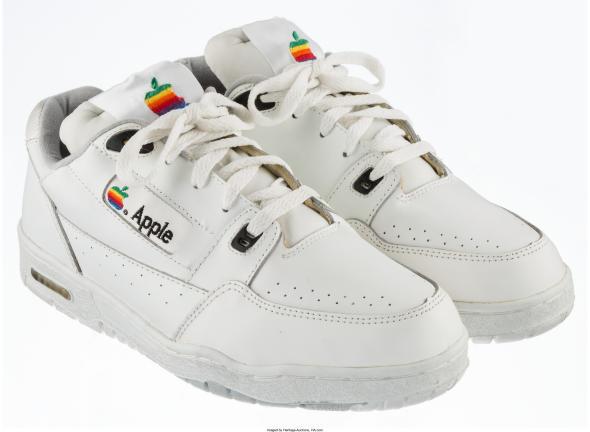 Apple's sneakers given to employees in the 90s.

In the new sneaker, Versace has replaced the Apple logo with an Apple-style rainbow coloured Versace logo.

The Versace version is yet-to-be-confirmed as real, and for all we know could be a one-off that the designer made for fun.

The original norm-core Apple sneakers currently list on eBay for upwards of $15,000, so if they do turn out to be real, there'll be a lot of money to be made.

Lemonade Dolls is the new lingerie brand striking back against exclusive fashion houses, such as Victoria’s Secret, by creating a range of undergarments which…