Sylvia Park has been loved by Aucklander's and Kiwi's for years, today, they have begun unveiling the retailer line-up for their Level 2 expansion.

There will be an exciting mix of leading brands including Farmers, AS Colour, Dangerfield, General Pants, Levi's and Under Armour.

Level 1 will feature 57 stores which will open progressively from the 15th of October 2020. The expansion will take Sylvia Park's total number of stores to 250 - the most stores for a shopping centre in New Zealand. 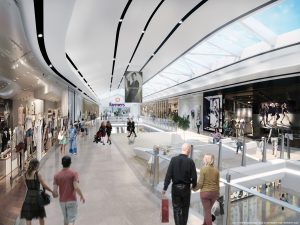 "We're proud to be unveiling an outstanding new retail line-up that makes it even easier for Kiwi's to find the brand they love, all under one roof. Spanning over 20,000 square metres, Level 1 will make Sylvia Park's retail offering bigger and better than ever," noted Lina Trainer, GM Asset Management of Kiwi Property.

The Level 1 expansion will welcome new retailers to Sylvia Park as well as opening new flagship stores from popular brands that are already within the shopping centre such as H&M and Nespresso.

The new retailers coming to Sylvia Park as part of the expansion will include: