Dawei Guo came to New Zealand to study from China when he was 14. Life as an international student in New Zealand has been interesting for Guo as he came from a small city in China, the change was drastic and challenging to say the least.

Guo is currently preparing his design studio along with an online shop on Instagram and WeChat. He hopes to sell unisex clothing as well as some Chinese designer pieces for his customers.

When Guo was young, his parents were busy with their business, so his grandparents took care of him. His grandmother was always sewing.

“I remember she made me a shirt, I got to choose what fabric I liked, and she even made me shoes!”.

Guo has always been involved with art, he attended art classes, he learnt how to make ceramics and create toys using various materials. Creating was what he enjoyed the most, so he knew he wanted to continue with something creative when he went to University.

At first, Guo thought that studying fashion at University felt superficial to him, however, he soon realised that art can be manifested in many different ways and fashion was just another area for him to express his creative side.

Through his studies at AUT, Guo has improved in his time management skills. 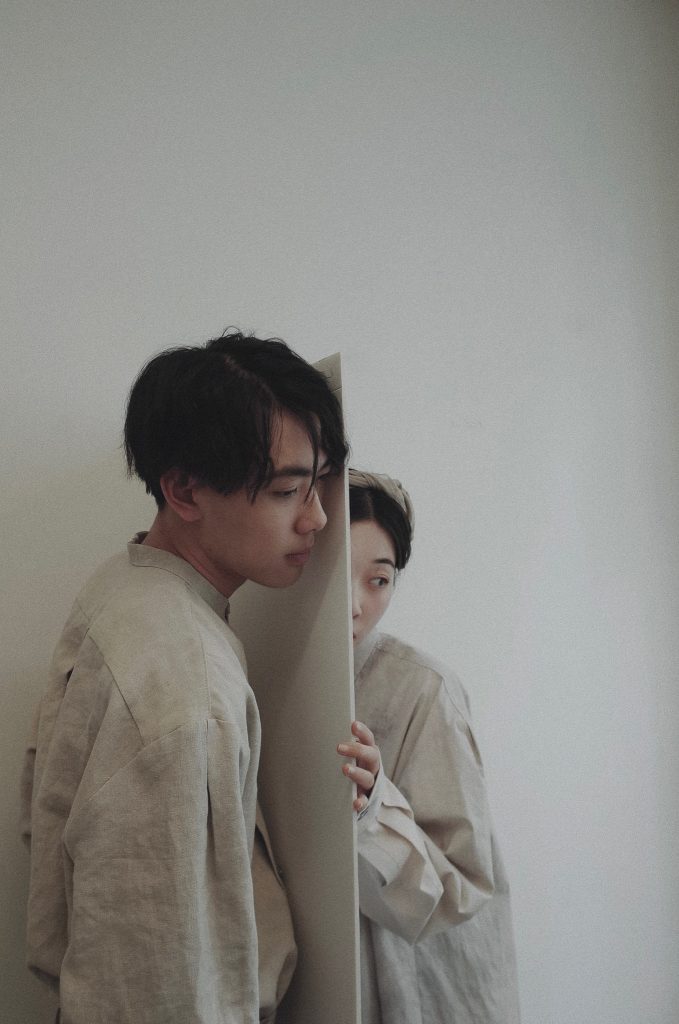 “I have a four-day rule – which is to always finish four days before a project/garment is due. These four days allow me to review and check that the work is to the standard and look that I want it to be.”

At AUT, students work in a studio environment. This allows students to support each other during their making processes.

“I learnt that helping each other and learning from each other helped each of us to achieve our goals. I give thanks to those that helped me and gave me feedback and advice.”

Guo’s graduate collection is a menswear collection consisting of five different looks. The garments are based on his own personal feelings and memories. All fabrics are sustainable and have incorporated natural dyeing techniques within.

The aesthetic of this collection is inspired by the memories of Guo’s hometown, Xin Xiang in China. He often thinks about his small hometown that he has left behind. Looking at his own photos from Xin Xiang, images of undone architecture, and the places he used to love when he was younger, as inspiration.

“Each year, upon returning home, I would take more photographs. The memories in these photographs are complicated and silent.”

Guo’s vision for this collection was to portray a feeling as if you were looking at the world through a small crack or a silent corner. An outsider’s version of what was in front of them. 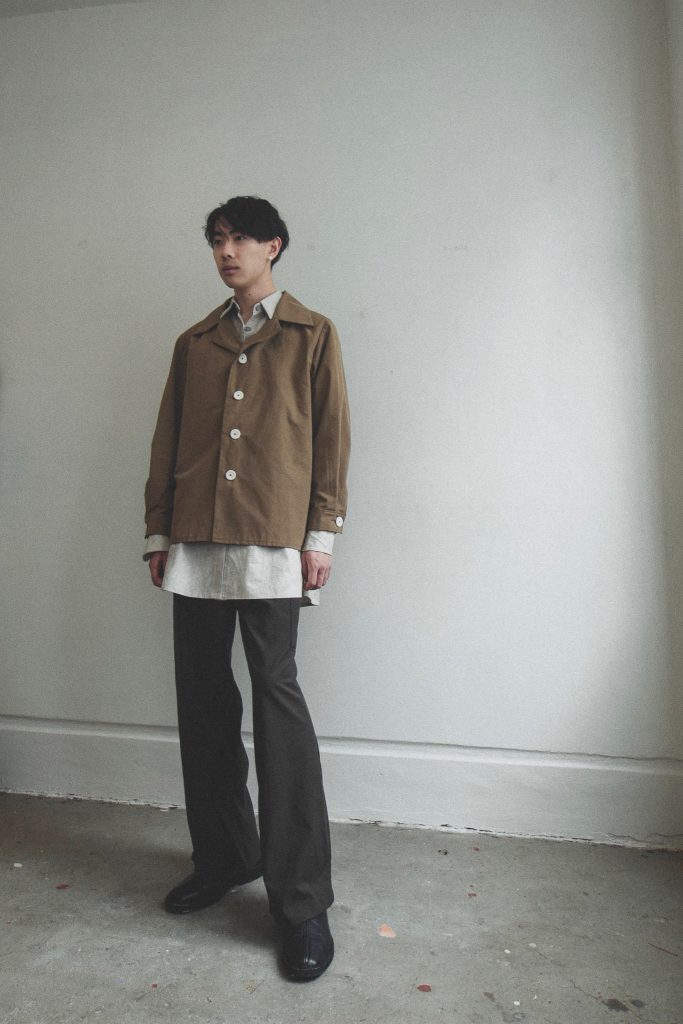 This vision stems from the way Guo acted as a child. Guo and his best friend were anti-social and didn’t fit in.

“As a response, we chose to look at others in a quiet way, we peered through the door cracks or watched behind those undone buildings. We were afraid to connect with the other kids because we were obviously different.”

For this project, Guo wanted to provoke a memory of a time that was crucial in his creative development.

“It felt very intense, this is a part of me, but I cannot turn back to it,” explained Guo.

The collection is called Qiao Guan which translates to ‘Silent Watch’.

Silent Watch is an approach to life Guo’s grandparents taught him; doing things quietly, noticing the details and silently watching.

For years, Rider has prided themselves on creating ethically sourced denim that fits seamlessly into the active lifestyle of our wearers. We believe that…