Backed by almost 20 years of retail experience, Luke Crowther has taken his pop-up store and transformed it into a permanent space with locations in Auckland, Wellington and Melbourne. He started his journey in fashion retail in 1997 while studying at Auckland University’s Elam School of Fine Arts, learning the basics of selling at Barkers Men’s Clothing before moving on to work with the Saks Group in the early 2000’s. His first taste of multi-site retail management came when he joined the team at Satori, where he worked as the buyer and retail manager. The role saw him travel to Italy several times a year to attend trade shows while being responsible for trend forecasting, buying ready-made garments, footwear, and accessories, all the while managing all of the Italian production. When Satori was placed into liquidation, he saw an opportunity to branch out and fill in the newly created gap in the market. “I began in mid-2009 with pop-up shops selling Italian clothing and footwear. I initially opened pop-ups in Auckland, Wellington and Melbourne bouncing around until I settled in locations that worked. It was 2010 that Edit. was born,” said Crowther.

The store experience is centred on service, with the team aiming to engage with customers as much as possible. It is for this reason that there is only one of each style on display, prompting customers to ask staff for different sizing. This kind of service lends itself to staff following up with complimentary items and outfit selections, providing the customer with a full shopping experience. The idea is to provide a service that the customer could not get sitting at a computer, in a shift to combat the rise in popularity of online shopping. On deciding where to open his stores, the philosophy has always been the same. There needs to be a combination of good surrounding tenants, both clothing and cafes, proximity to easy parking and ideally, a location just around the corner from the main street and big rents. Because the stock is high-end, he is retailing to a small demographic and has found he can afford to be slightly ‘destination’. “The biggest challenge has been managing stores, staff and product in different cities and countries. Retail staff that take the industry seriously require some transparency and like to know and be included in certain decisions.”

The space is designed to be as simple as possible, with the store aesthetic focusing on telling the customer visually what is most important – luxury in its finest form. Styles, texture and fabrics are used to tell a visual story, having recently worked with interior designer Lauren Hare from Hare Interiors to update the Vulcan Lane and Teed Street stores. Stock for the store is generally exclusive to New Zealand, having been sourced internationally to provide the customer with brands they have not yet been exposed to. Brands include Roberto Collina, Buttero, Transit, Crossley, Doucal’s, Gian Carlo Rossi, Aglini, Oliver Spencer, YMC, Want Les Essentiels, Garrett Leight, Y-3, Adidas x Raf Simons, and Adidas x Rick Owens. 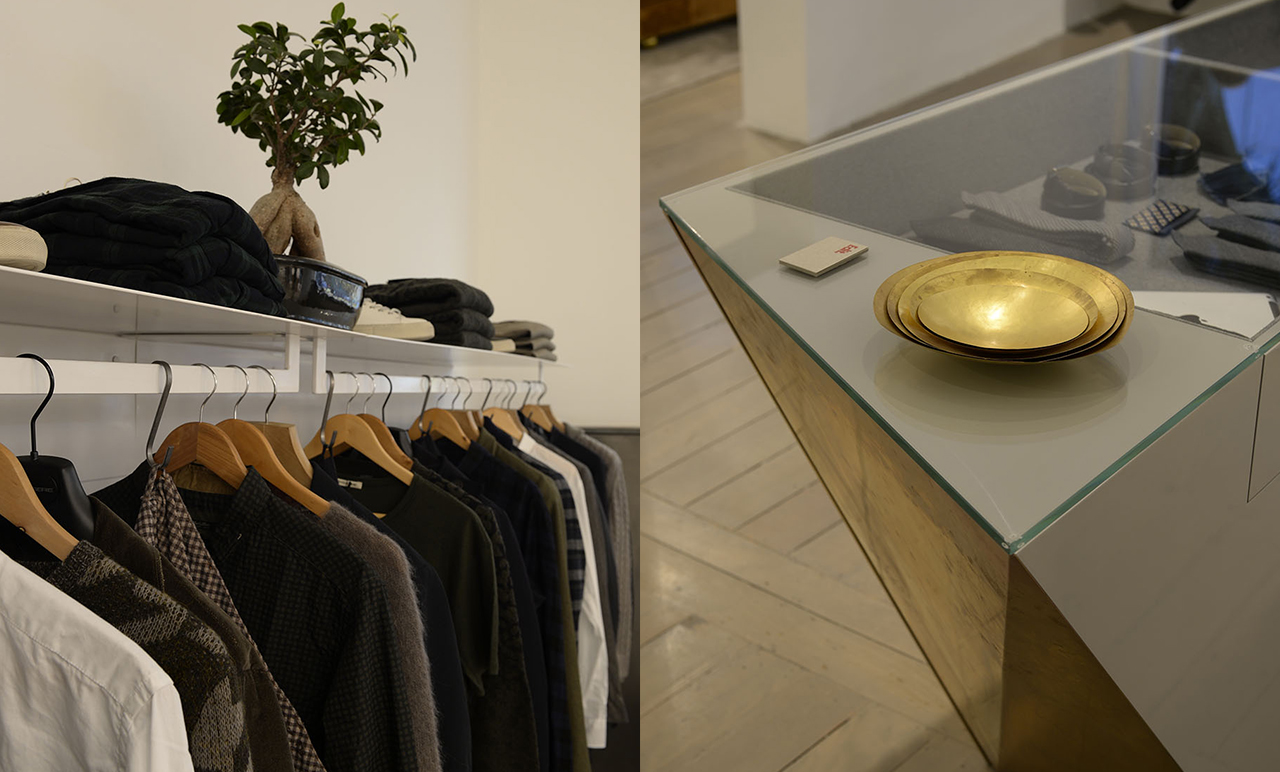 Unlike a majority of other menswear retailers, the stock at Edit. is focussed on alternative casual-wear which may not scream big name brand, but appeals to customers who appreciate quality. Edit. customers are typically not defined by age, but more importantly, share the same attitude. They are confident purchasers with a strong sense of style who aim to set themselves apart from others. Value is placed in choosing artisan made garments over mass-produced product, and they are more than likely to be involved in the creative industries and want to express their personality through clothing rather than hide amongst the crowd. Social media has played a big role in the development of the Edit. brand, having been used to generate hype surrounding new products, alongside collaborations with influencers that has paid dividends by exposing the stores to a range of new customers.

Looking forward at upcoming trends, Crowther said the sport-luxe movement continues to grow and has been a big influence in his purchasing decisions. This, alongside a shift in menswear to fuller silhouettes, has meant trousers are typically much wider at the cuff with the introduction of pleats and more casual dressing.

“I saw this trend internationally a couple of years ago and promptly introduced Y-3, the partnership between Yohji Yamamoto and Adidas and the first brand to combine luxury and sportswear, a partnership that I have worn personally for many years.” While he could not give specifics, new developments are already in the works for Edit. with Crowther determined to continuously develop a stronger brand and product offering.

Mission Workshop is releasing a new laptop sleeve. It is fully padded and will ensure all your electronics are safe. Cleverly designed to be…