As far as late 90s icons go, it's hard to imagine anything bigger than Pokémon. To celebrate the iconic characters of Pikachu, Ash and Misty - to name a few, Levi's has created a colourful 90s-inspired Levis x Pokémon collection.

"It's so fun to hear people talk about their love of Pokémon. Everyone has their favourite. So the fact that we had this ability to play and create with so many iconic Pokémon characters, was really a special experience," explained Karyn Hillman, Chief Product Officer att Levi Strauss & Co.

"It's such a thoughtful collection that respects and celebrates the world of Pokémon, and it was so cool mixing our icons and history with theirs - it's nostalgic and optimistic, with a little bit of escapism."

Inspired by the first season of the original Pokémon animated series, the collection includes a range of Levi's denim, tops, bottoms, fleece, tees, and accessories that feature graphics and prints of both the popular characters and the woodland settings of the Kanto region.

"In its 25th anniversary year, the Pokémon brand is celebrating its enduring legacy in pop culture with fans around the world. Our friends at Levi's have developed a collection featuring icons of the franchise that blends the spirit of the era when Pokémon first launched with the style sensibilities of today in a way only Levi's could," stated Amy Sachtleben, Director of Licensing at The Pokémon Company International. 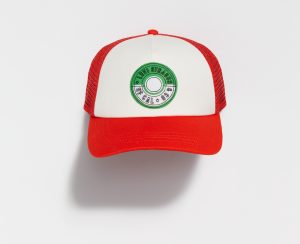 Accessories also get the Pokémon treatment in this collection. Get a red and white trucker hat similar to the hat worn by Ash Ketchum, or a Pikachu beanie with yellow three-dimensional Pikachu ears. 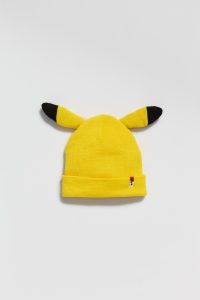