The long-awaited return of the onsite edition of Expo Riva Schuh & Gardabags, due to take place from July 18th to 20th in Riva del Garda, will be accompanied by a new edition of Expo Riva Show, starting on Sunday the 13th of June with three days of online events. The ad hoc programme has been put together by the new Scientific Committee which, via the innovative Digital Connection platform, will support the businesses of companies and buyers alike who are heading to the fair, with numerous virtual networking opportunities and a packed programme of on and off site events running until 30th September. 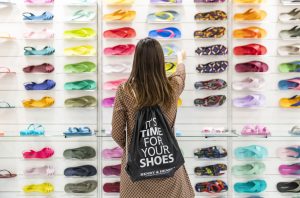 “The Digital Connection project came about with the idea of making the real trade fair experience more effective for all those involved and who have always chosen the fair as a designated place to do business. But it has also turned out to be a precious asset during the health crisis to help keep relationships alive amongst the community of the footwear sector,”stated Alessandra Albarelli – General Manager of Riva del Garda Fierecongressiexplaining how the platform will enhance the programme of the on site fair with a virtual version, just as it did in January.

At the heart of the digital experience will be Expo Riva Show which offers the chance to those who register to take part in three days of events dedicated to the market, sustainability and sourcing.

The events will be led by Sebastiano Zanolli - Manager, Advisor, Author and Speaker and will be inaugurated by the Chairman and theGeneral Manager of Riva del Garda Fierecongressi, Roberto Pellegrini and Alessandra Albarelli. 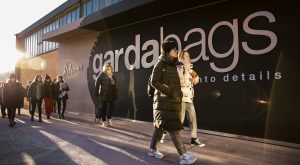 It will commence on Sunday 13th June with 'World Footwear and the Leather accessories market: what can we expect over the next few months', where the results of a survey carried out by Expo Riva Schuh & Gardabags will be analysed, looking at trends in the footwear and leather goods industries to provide an overview on production, export and domestic consumption for the next six months. There will be talks by prominent opinion leaders from international industry associations, both from production and distribution, in a fascinating event which will reveal the past and present scenario emerging from this research.

The keynote speaker for this first talk will be Enrico Cietta– Chairman of the Expo Riva Schuh Scientific Committee and Economist who will be joined by Manfred Junkert- General Manager of HDSL - Federal Association of the German Footwear and Leathergoods Industry in an analysis regarding the German market and Lucy Reece Raybould - Chief Executive of BFA (British Footwear Association) in an overview of the British market. 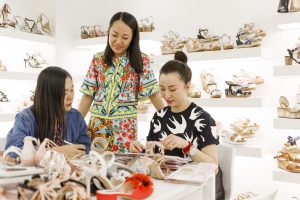 At the core of the second day, the central topic will be 'Sustainability: how to make it possible (and simple)?'

Here we will explore the issues of traceability and transparency within the supply chain itself, a real conditio sine qua non to create truly sustainable policies within the fashion world. Within the debate, the crucial role of the alliance between brands, production partners and suppliers will be highlighted, together with the importance of knowledge regarding the certifications demanded by the market that require an increasing amount of competence to understand. And Expo Riva Schuh aims to clarify this issue.

Leading the second event will be Rossella Ravagli - Member of the Expo Riva Schuh Scientific Committee and Strategic Advisor and Director of the Three Year Course of Higher Education in Sustainable Fashion at Accademia Unidee/Pistoletto Foundation. She will coordinate a debate aimed at looking at the new prospects for Sustainability in the OCSE countries together with  Dorothy Lovell - Textile and Garment Lead OECD Centre for Responsible Business Conduct. She will then look more directly at the matters of transparency, innovation and sustainability certification with Marie-Laure Piednoir – Salomon’s Sustainability Programme Manager. Talking about transparency, and also about traceability, responsible supply chains and circularity, within the same debate will also be Simone Colombo - Head of Corporate Sustainability - OVS and Francesca Romana Rinaldi – Coordinator of the Monitor for Circular Fashion at SDA Bocconi. 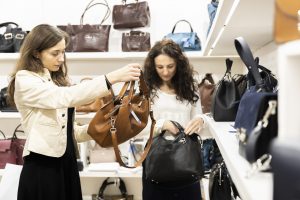 To conclude the third day the show will be talking about 'Post Pandemic Sourcing: what’s next?'

This debate will aim to explore sourcing and post-pandemic scenario, highlighting the changes in order to steer the strategies of the footwear and fashion industries in the near future. In this discussion, significant attention will be paid both to the decline of globalisation and also to the different role of China  - an increasingly important consumer market - on the international scene. Likewise, we’ll be looking carefully at an analysis of the new business model adopted by western brands, with changes to the speed to market logistics and key role of technology, along with the latest important matter of proximity production which, amongst its advantages, is able to consolidate alliance amongst the various elements of the production chain.

The scientific direction of the third day will be entrusted to Ellen Schmidt-Devlin - Member of the Expo Riva Schuh Scientific Committee in charge of International Sourcing, Co-founder and Executive Director, Sports Product Management Programme at Oregon University who, via a direct discussion with Matt Priest - President and CEO at FDRA Distributors and Retailers of America and Gary Raines - Chief Economist of FDRA Distributors and Retailers of America will analyse the issue of the Global Footwear Virtual Tour looking into the ‘viral’ footwear trends of the modern era. The talk will then continue with contributions from Edwin Keh - CEO of the Hong Kong Research Institute of Textiles and Apparel and Michael Gamper - CEO of ebp Global regarding speed to market and with Robert Hiley - Head of Production Partnerships at ECCO Shoes regarding supply and sourcing. 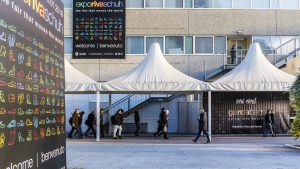 To gain free access to the Digital Connection and take part in all the Expo Riva Show events in direct streaming or on-demand, all you need to do is register at: www.exporivaschuh.it. With one single ticket, you can also obtain your entry pass for the Riva del Garda Exhibition Centre to visit the on-site edition from July 18th to 20th.