The recent 97th edition of Expo Riva Schuh & Gardabags show gave us an unprecedented look into the world of shoes and accessories, which investigated and explored the focus of conferences and competitions, and was experienced first-hand by those in attendance against a complex economic and geopolitical backdrop. It also demonstrated the industry's determination and the responsiveness of its key players, first and foremost Expo Riva Schuh & Gardabags itself.

Over the four days, more than 8,000 visitors from 103 countries were in attendance. Italy (34 percent), Germany (10 percent), France (6 percent), Spain (5 percent) and the United Kingdom (4.5 percent) were the most represented, with visitors also coming from countries not previously represented at the show. 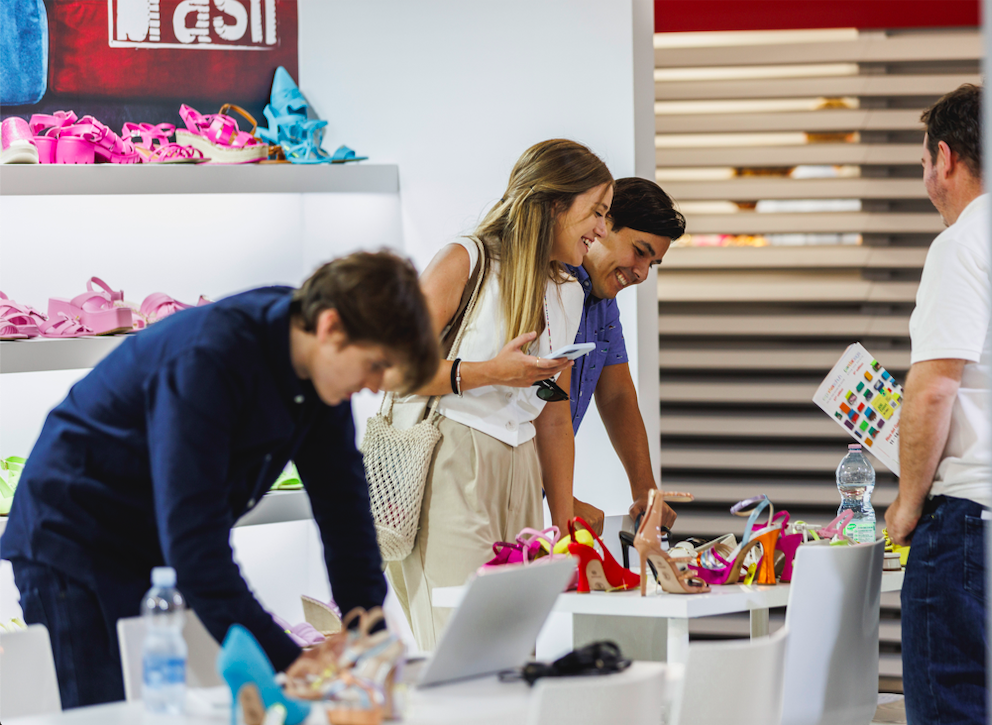 "We are very happy, because the effort and commitment to attract international incoming buyers enabled us to achieve excellent results in terms of attendance, allowing us to welcome buyers from new and unexpected countries in the southern hemisphere. For example, Australia, Mauritius, the Ivory Coast, Thailand, and then over to Latin America, just to name a few. These are very positive signs that show we are on the right track", said GianPaola Pedretti, Exhibition Manager for Expo Riva Schuh & Gardabags.

Among exhibiting companies, the world's largest manufacturers and exporters and all the industry's strategic markets – primarily Italy, Spain, Portugal and Germany – were present, along with a wide range of international exhibitors, mainly from Turkey, Pakistan, Brazil and China. India deserves a special mention: a few days ago, a memorandum of understanding was signed involving its leading association EPCH (Export Promotion Council for Handicrafts), to strengthen the presence and enhance the quality of the group of Indian exhibitors at the show, with an impressive 95 accredited companies at this edition.

"Markets, content, innovation, sustainability in a single hub to give the show greater appeal, but also to set out the future lines of business development for the sector", said Alessandra Albarelli, General Manager of Riva del Garda Fierecongressi. "We achieved this through the Innovation Village, but also through the topics addressed in the events programme". 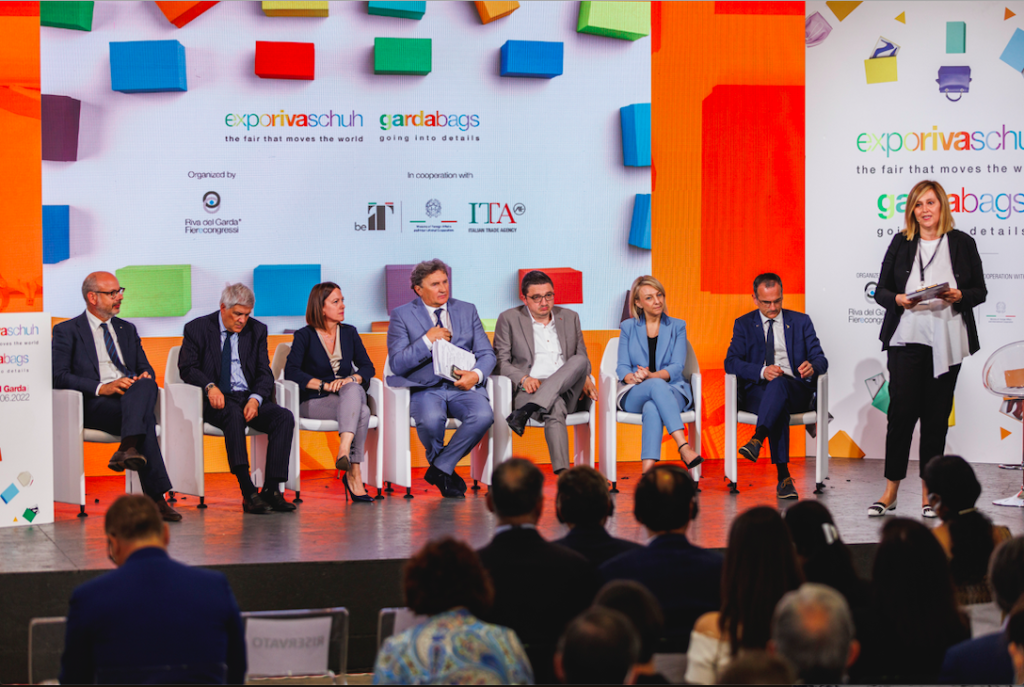 The numbers give an idea of the success of a show that has cemented its role as a reference point in Italy but above all internationally, for a dynamic sector undergoing constant change. Furthermore, according to Istat data, Italy has confirmed its position as the world's third-largest exporter in the industry – after China and Vietnam. With a share equal to 23 percent (January-November 2021) and revenues from exports that amounted to €10,480 million in 2021, an increase of 17 percent on the previous year.

"Expo Riva Schuh & Gardabags again showed its ability to navigate a changing scenario in which international buyers are looking for new partners and a variety of sourcing strategies to support positive expectations for the next six months", Alessandra added. "The show has rediscovered, consolidated and updated its fundamental role as a platform for matching supply and demand, in the knowledge that it is always able to offer different opportunities and new markets. An extraordinary result, recognised by the large number of institutional delegations in attendance and the strategic alliances forged over these few days".

But more than the data, what explains the positive climate and renewed energy within the sector and the operators can also be seen in the success of the initiatives promoted by Expo Riva Schuh & Gardabags, which focused on innovation, both in terms of business and in terms of design and products. In this regard, the show re-introduced the Innovation Village Retail project, whose winning start-up was chosen from among the ten selected by the jury chaired by Alberto Mattiello, a member of the show's scientific committee, and which will take part in the next edition of the show in January 2023. The winner was Wonderflow. The start-up was founded in Amsterdam in 2014 by Italians Riccardo Osti, Giovanni Gaglione and Michele Ruini, which uses artificial intelligence to analyse a brand's Voice of the Customer – from reviews to surveys – as well as that of their competitors, transforming them into data on which to base strategic decisions.

Space for design and its key players was also central to the Kind Leather Contest, supported by JBS Couros, a leading Brazilian leather manufacturer, and organised by Expo Riva Schuh & Gardabags, Arsutoria School and FotoShoe Magazine. The winner of this first edition of the competition was Indonesian designer Tommy Ambiyo Tedji, who received his award in Riva del Garda from Ambassador Hadil da Rocha-Vianna, Consul General of Brazil in Milan.

"With our understanding of innovation and changes in the market, we again achieved extraordinary results at this edition of the show", concluded Chairman of Riva del Garda Fierecongressi Roberto Pellegrini. "We supported exhibitors and visitors through the show's digital platform, which ensured the presence of Asian manufacturing, with over 80 Chinese companies, of which 42 attended in hybrid mode. The numbers, partnerships, and relationships established to lay the foundations for future editions and augur well for January 2023".

The Collective is coming to New Zealand for the first time, and it is not to be missed. This two-day interactive fashion and all…