From June 11-14 at the Expo Riva Schuh & Gardabags footwear and leather goods show, the prototypes of three finalists were presented and exhibited: Rocky Waves by Vincenzo Carpentieri, Byo Logic by Tommy Ambiyo Tedji, and CREAtive REcovery by Rosaria Torquati.

The creation of the prototypes represented the final step of a process that lasted several months using Kind Leather skins. Kind Leather merges traceability and clean production, delivering a more sustainable and transparent value chain, from farm to end product.

Tommy Ambiyo Tedji’s project, Byo Logic, is a reinterpretation of the classic tote bag model according to the principles of the art of origami and has been able to best reinterpret the sustainability values of Kind Leather and win the verdict of the jury. 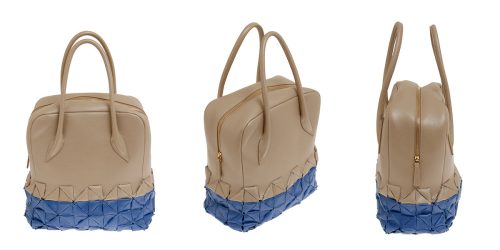 Watch the winner's interview below!

The one-of-a-kind “Palais Bulles” has been put on the market for a $455 million USD. Custom made and designed by fashion mogul Pierre Cardin,…