The legendary PUMA Fast Rider launched when running moved from the track to the street, becoming one of PUMA's most comfortable and simplistic icons, featuring the shock-absorbing 'Federbein' outsole. 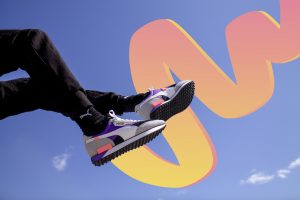 This year, the Fast Rider, worn by PUMA Oceania ambassador Israel Adesanya, has been revamped into the Future Rider Galaxy, featuring a slim 'Federbein' outsole and an ultra-comfortable Rider Foam midsole. Inspired by the shimmer of galaxy stars, the Future Rider Galaxy features reflective details, bold colours and a painting on midsole following the quarter that gives a fresh look to the silhouette.