Gender-neutral fashion has become a global trend but is being met with mixed reviews even within the movement's target consumer base.

Celebrities such as Ezra Miller, Tommy Dortman and Jaden Smith have helped to bring gender-neutral fashion to the attention of the everyday style enthusiast. The idea of gender-neutral apparel is becoming more appealing and approachable as we are seeing them on the social figures we look up to in mainstream media. The 'gender-neutral' hashtag has been used on Instagram over 383,000 times, demonstrating the immense reach and boom in both popularity and awareness of this trend. Luxury brands such as Gucci have been dabbling in gender-neutral fashion for years, but now that the trend is making its way into the mainstream, a more substantial proportion of brands are jumping on the bandwagon. Some are being praised for their inclusive approach to fashion, while others are being torn down as their attempts feel lacklustre and do not adequately capture the complexity of gender-neutral apparel.

Phluid, launched by Rob Smith earlier this year, was a world first exclusively gender-neutral clothing store, and the retailer has been met with endless praise. Smith has openly discussed the inspiration for his store; he wanted to create a place where he would have felt comfortable to shop in his youth. The result is an outlet and collection which embraces the idea of gender as a spectrum and has been designed to fit and compliment the diverse bodies of their clientele.

Phluid has made headlines around the world and has been praised for it’s detailed and empowering approach to gender-neutral fashion. However, retailers that have attempted to replicate this response have been met with backlash. Zara’s gender-neutral line was slammed for it's shapeless and overly masculine approach to the trend. The range featured baggy jeans and material pants, but the colour palette consisted of a dull grey and the silhouettes were excessively masculine. Overall, the range was unimpressive, and the brand seemed to misunderstand what a gender-neutral collection really entailed. Gender-neutral apparel should include traditional signifiers from both genders, tailored and made available to either. Rather than a set of sack-like apparel that bears more reference to a wrap around sheet than a fashion collection suitable for either gender. The collection was slammed for its excluding of skirts, dresses or any feminine signifiers, instead opting for traditionally masculine silhouettes and clothing items. 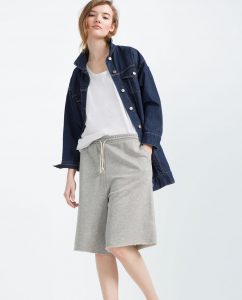 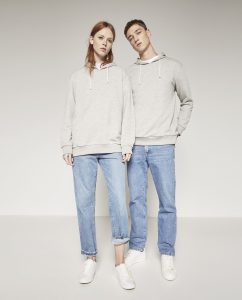 In addition, H & M received critical remarks following the release of their gender-neutral collection. The collection itself was not heavily condemned, but the store's merchandising choices were criticised. The retailer displayed their gender-neutral ranges on either side of the gender divide but had no section dedicated to their gender-neutral shoppers, meaning customers would have to ‘choose a gender’, so to speak, and pick which side they wanted to shop on.

It seems that this trend is more complicated than many retailers may have originally suspected, and simply jumping on the bandwagon will not be enough to pull in this new niche consumer. Retailers and designers alike will need a better understanding of this trend and the consumers who embody it in order to create collections and displays which accurately reflect the intricacies gender-neutral fashion.