Let the world hear your music. Vans has always been a brand that advocates for creative expression; the Vans Musicians Wanted competition felt like a natural extension and collaboration for the brand.

The Vans Musicians Wanted competition is a global music platform that provides undiscovered musicians with a chance for their original music to be heard by a global audience.

This year's competition has evolved into a seamless digital experience, and one grand prize winner will be awarded the opportunity to share the stage with Vans ambassador and Grammy award-winning artist, Anderson .Paak.

The 2020 competition is launched in partnership with Atlanta-based rapped, J.I.D and Chinese-born, American-raised artist, Bohan Pheonix. Both artists are known to express their personal identities through music.

They are inspired by their experiences of fusing cultural identity with raw musical prowess. The stories of the two young and successful artists within the hip hop industry serves as a catalyst for the next generation of musicians. 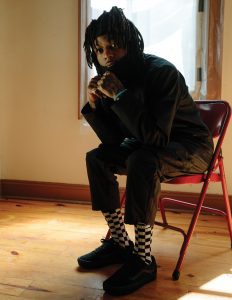 Destin Choice Route, better known by his stage name J.I.D, has carved out a unique space for himself through his raw talent and unwavering desire for greatness. While creativity was a constant throughout J.I.D's life, he initially pursued professional sports, but through injuries and uncertainty, he embraced music. Driven by his magnanimous work ethic, J.I.D's focus on writing and dense wordplay has helped to establish him as a leader in a new wave of hip hop that values craft over hype, defining a new sound that is unmatched. 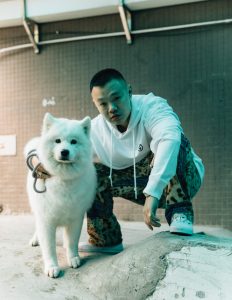 Born in Hubei, China and moved to Massachusetts, Bohan Phoenix was introduced to hip hop when his mother used popular movies and television as a tool to teach him English. One movie, in particular, sparked a love for music and culture that would go on to define his life moving forward. This introduction to hip hop led Bohan down a path of discovery and personal exploration that brought him to create his own music. By embracing his upbringing and dual cultural identity, he began to make music that blended two languages and cultures together to create something uniquely personal, pushing hip hop in new places.

The Vans Global Music Competition is now open to artists of all genres with valuable prizes including Vans product, Fender Gear, Spotify and Apple playlisting, MV produced by Universal Music Group (APAC exclusive) and a chance to share the stage with Anderson .Paak.

Electric Fashion by Frederic Aranda and Christine Suppes This is the story of how collector, Christine Suppes, significantly developed online fashion editorial whilst developing a unique fashion collection…