Vans is proud to announce its upcoming collaboration with one of the world's foremost museums devoted to modern and contemporary art, The Museum of Modern Art (MoMA).

With a shared passion for inspiring individual expression around the world, Vans and MoMa have come together to debut a series of special-edition products. Artists featured reflects the diversity of MoMa's collection with artworks by Salvador Dali, Vasily Kandinsky, Claude Monet, Edvard Munch, Jackson Pollock, Lybov Popova and Faith Ringgold.

This first footwear release launches nationwide on September 30th followed by another instalment in November which will include footwear, selected apparel and accessory items.

Each product is designed with careful consideration and a deep appreciation of the art chosen from the MoMA collection, translated seamlessly on to Vans Classic styles.

"MoMA is excited to finally reveal the Vans collaboration as they, too, have a rich legacy of supporting artistic expression," said Robin Sayetta, Associate Director of Licensing and Partnerships at MoMA.

"We pursue a limited number of product collaborations, and our goal is always to engage a broader audience with modern art. We are thrilled to reach art lovers around the world through Vans' global network." 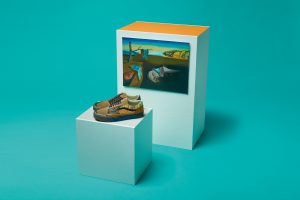 Salvador Dali was inspired by the subconscious, dreams and the imagination in Surrealist works that blend the real and the invented. One of his best-known paintings, 'The Persistence of Memory 1931' has been interpreted on to the medial and lateral panels of the Vans Old Skool Twist. The construction of the footwear model has been twisted to go beyond the perception of reality and is finished with a gum sole and distorted foxing stripe. 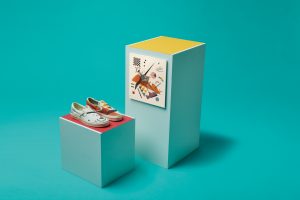 Kandinsky, a pioneer of abstract art, believed that both colour and form evoked their own power and emotion independently from images and objects. Using a print he made while teaching at the German Bauhaus school of art and design, 'Orange 1923', Vans' Classic Slip-On celebrated this investigation into abstract forms and signs, meticulously covering the canvas uppers. 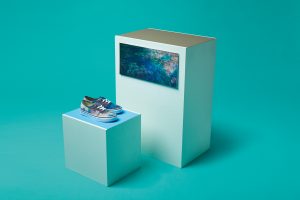 Rounding out the artist series, Claude Monet, a driving force of the impressionist movement, documented the ever-changing French countryside throughout his Plein air landscape work, made from observing nature. The collaboration between Vans and MoMA showcases Water Lilies 1914-1926, works made in Monet's later years at his home in Giverny, atop the Vans' Authentic. 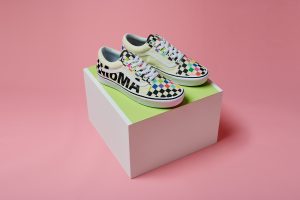