Growing up in Western Africa and the UK, Nnamdi Ikechukwu was surrounded by confident women with a reverence for fashion.

"Their outfits were never just about utility, they were a means of expression, they help power," said Ikechukwu.

When crafting his brand, Ikesenti, creating products from premium leather was an obvious choice. Cheshire was a region that was well-known for its tanneries due to its vast oak forests, the bark of which is rich in tannins used to make leather. Further, there is a long history of legendary leatherwork in West Africa.

In West Africa, footwear commanded respect, majesty and authority in society. Thus, the symbolism of shoes, in general, was incredibly meaningful for Ikechukwu.

"Shoes were made for status or ceremony and were part of a royal tradition of handing down footwear across generations," added Ikechukwu.

Ikesenti is born out of two words from the West African language that means 'power' and 'saint'.

Ikesenti provides a range of simple yet strong and luxurious leather designs in fresh colourways.

Ikesenti leather is sourced from one of the best Italian luxury tanneries in Europe who are committed to the environment and sustainability. Then, they are crafted by hand in Brazil, Indonesia, Portugal and Spain where all ethical and quality benchmarks are met. 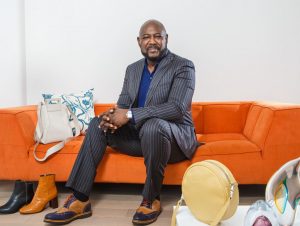 Trilogy International Limited (TIL) and The Business Bakery has announced a $50 million Capital Raising. Through a Placement, Trilogy will raise $20 million and…