Female flight attendants have traditionally always worn a skirt, but for the first time they are trading in the pencil skirts for long loose fitting trousers and sneakers. For decades, flight attendants have suffered swollen legs after hours of wearing heels. Privately-owned Ukrainian carrier SkyUp AIrlines will launch its new uniform on October 22, putting an end to skirts entirely after collecting feedback from their staff. The new SkyUp uniform for women now includes white Nike sneakers and a loose orange suit with trousers and a silk scarf, both made by Ukrainian brands. They are also showing blouses the exit, replacing them with crisp white T-shirts. The Ukrainian staff also highlighted that in health and safety situations like a water landing a skirt would be hopeless to swim in and heels can damage the ladder.

SkyUp also said they researched the history of cabin crew uniforms and decided to ditch what they called "conservative" elements of a flight attendant's look. Braids will now replace a tight bun or ponytail hairstyle.
"We found out that despite the fact that the image of a female flight attendant is very romanticized, their job demands a lot of physical training," explained Marianna Grygorash, head of SkyUp Airlines marketing. Grygorash added they also plan to launch a new uniform for male crew. It will have a light suit instead of a vest, and a T-shirt instead of a collared shirt, combined with black Nike sneakers. 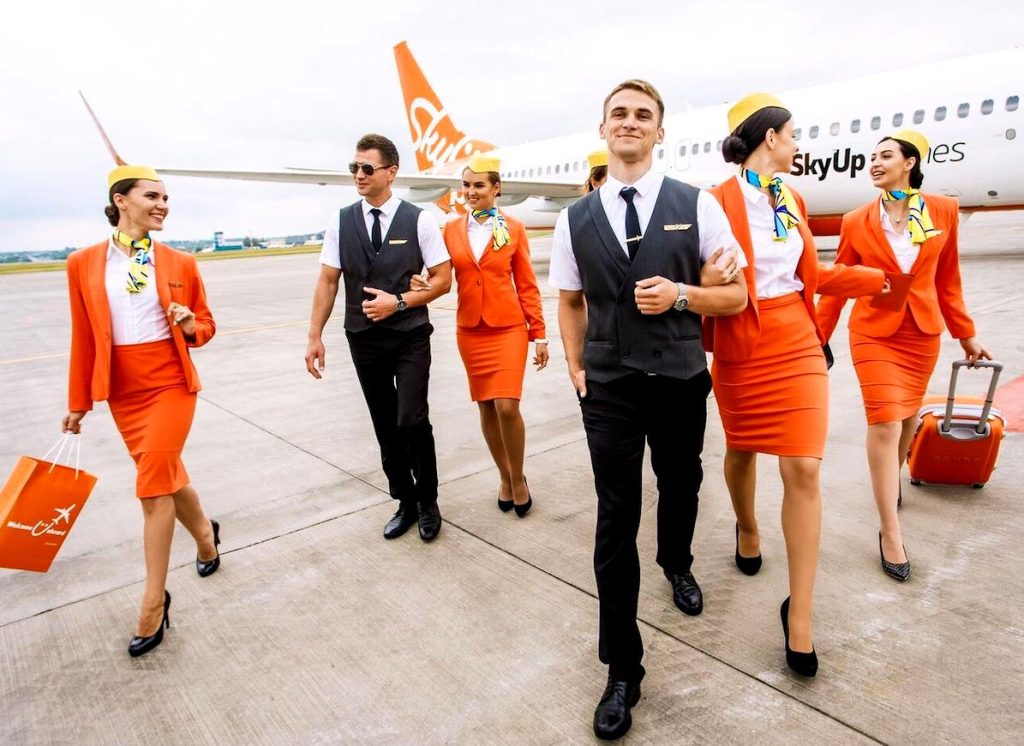 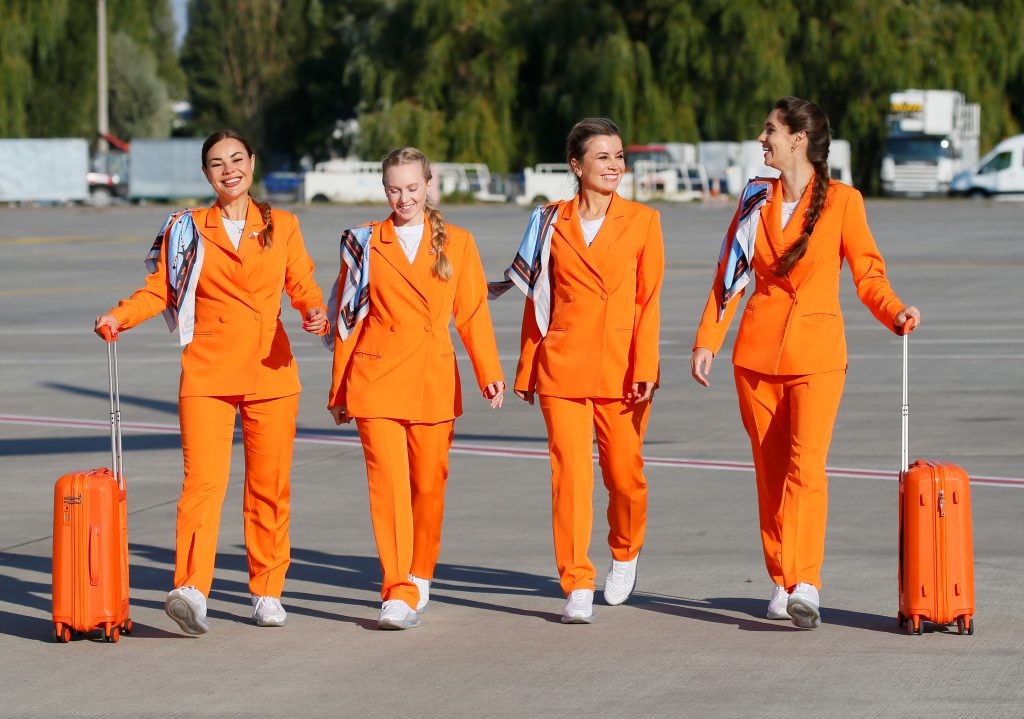 Karen Walker has partnered with Madewell to come up with a co-designed collection of 23 unique pieces, launching tomorrow. The capsule line will be…